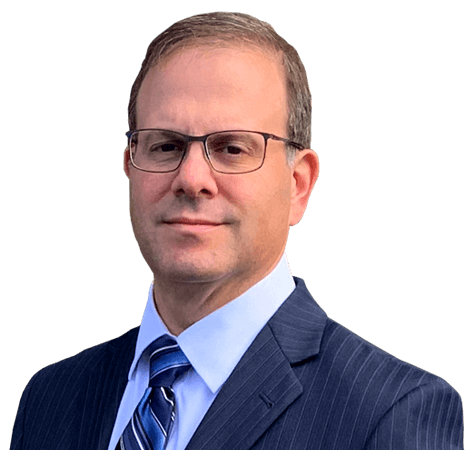 You Only Have 30 Days To Save Your Drivers License

Our attorneys will pick up the phone at any time. Call our office now to avoid automatic suspension of your drivers license.

Most Reviewed Law Office in Georgia

We invest 100% of our time, energy and passion into every case to achieve the best results possible.

Find out why choosing a team with experience can make all the difference in your DUI case.

Our team is committed to delivering our clients the results that they need after a DUI arrest.

DUI Defense is Our Priority

Our team is comprised of a former DUI prosecutor and aggressive DUI defense attorneys. We're recognized in our community for our outstanding efforts to defend individuals against drunk driving charges.

Get to Know Us Today

The right DUI defense attorney can change the outcome of your case. If you were arrested for drunk driving in Cobb County, speak with a DUI defense lawyer from The Law Offices of Richard S. Lawson. With more than 25 years of legal experience, Attorney Richard Lawson has the skill, experience, and knowledge to help you fight the charges held against you. Additionally, the firm utilizes a powerful team of resources to give clients effective legal guidance and powerful defense strategies, including scientific evidence, expert witnesses, and forensic accident investigators. Contact Attorney Richard Lawson today to learn more about your legal options and rights.

Attorney Richard Lawson is a former DUI prosecutor and knows the standard “playbook” of prosecution cases. This allows for a thorough understanding of both sides of the case, and an ability to work within the system on behalf of the client. Any DUI charge is dangerous, as, if convicted, you will likely have your driver's license suspended, will spend time in jail, owe steep fines, and be ordered to community service and risk reduction programs. If you have a prior criminal record, the stakes are even higher. In cases of DUI with accident or injury, your future is in jeopardy. The legal team at the firm assists and informs clients regarding many issues related to DUI offenses.

The DUI process can be extremely complex without the extensive experience and background necessary to understanding all the aspects of your case. In order to create the best DUI defense for your case there are many issues that must be addressed by your attorney. By extensively investigating your case including the evidence against you such as blood & breath tests, the results of field sobriety tests or any other evidence, the firm can improve your chances of obtaining a successful result for your case, whether that be through accepting a plea bargain, or going to trial.

When you are arrested for DUI, a breath test refusal or an alleged refusal can not only result in a license suspension, but has additional penalties if a refusal is proven. There are circumstances however, in which you may not have been informed of the consequences of your refusal, or where the initial arrest or stop may not have been warranted or even legal. This can include an illegal arrest at a roadside checkpoint, or an unwarranted police stop. During the arrest process you will also have to schedule an ALS hearing within ten days in order to prevent an immediate suspension due to your arrest. An attorney at the firm can assist you with your case and help you fight to retain your license while your criminal case is being handled.

At the Law Offices of Richard S. Lawson we have experience in helping clients charged with many various DUI crimes. If you are facing charges for a drugs & DUI case, the prosecutor simply has to prove that you were driving while under the influence of an illegal substance, regardless of whether or not you were driving unsafely. Most drivers are unaware that even legally prescribed drugs that affect driving negatively can result in a DUI with drugs offense. If convicted, you could face jail time, hefty fines, a suspended driver's license or more. Current laws state that if you are caught driving in possession of marijuana, you can still face DUI charges and your license will be suspended. Marijuana charges or prescription drugs & DUI can be confusing and complex to handle, and it is highly recommended that you seek legal counsel from a DUI defense lawyer.

If you or one of your children were involved in a DUI under 21 or minor in possession of alcohol case, you must understand the importance of your situation. Georgia's zero-tolerance policy has made it easier for police to arrest young people for DUI charges. A Cobb County DUI defense attorney can make the difference in determining the outcome of your case, so contact The Law Offices of Richard S. Lawson today. We can provide you with sound legal advice on your case involving probation violations, child endangerment and even more serious charges such as vehicular homicide or DUI accidents. Whether it is a first offense or if you have prior DUI convictions, or if you are an out of state driver who has been charged with DUI in Georgia, we can help you with your case.

At the Law Offices of Richard S. Lawson we have experience in helping clients charged with many various DUI crimes, including drugs & DUI such as those involving marijuana charges, DUI under 21, probation violations, minor in possession of alcohol, child endangerment and even more serious charges such as vehicular homicide or DUI accidents. Whether it is a first offense or if you have prior DUI convictions, or if you are an out of state driver who has been charged with DUI in Georgia, we can help you with your case. We believe that when you are searching for the best DUI lawyer you can find, there is no substitute for an attorney who has not only worked as a former DUI prosecutor, but one who dedicates their entire legal practice to the field of DUI defense.

Each case must be reviewed quickly to determine how to best move forward with the defense. As any DUI case has unique evidence, circumstances and degree of DUI offense. The legal team at the firm can provide the skilled legal representation that is necessary when you need to mount a defense in your case.

It is important that you contact the firm at once if you have been arrested and charged with a DUI offense in Cobb County. The legal machine moves quickly in DUI cases, and you have only 30 days from the time of your arrest to take action to fight to avoid your driver's license suspension. It is strongly advised that you do not answer questions from law enforcement (other than those required by law, such as name, address, and supplying your driver's license and registration) without an attorney to advise you. Many defense cases become more difficult based on the statements made by the accused driver when they do not have legal counsel to protect their rights.

Arrested Over a Holiday Weekend?

We can take your case right away and appear in court for you on Tuesday morning. Don’t let an arrest pull you away from work, school or your other responsibilities.

GET OUR HELP NOW

We understand that your court appearance may be scheduled only a few days away. Make sure you have the right defense show up on your behalf.

Find Out How We Can Show Up At Your Court Date